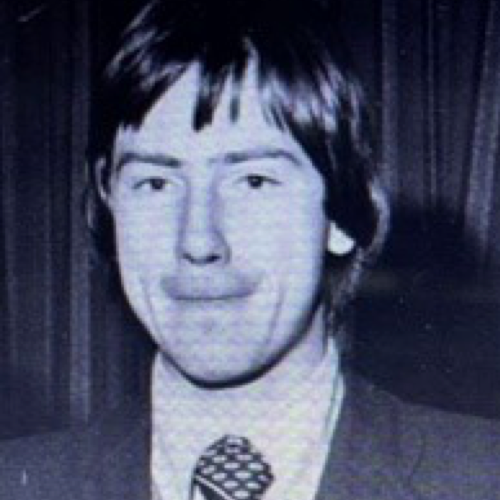 How life working with the International® brand has changed through Bill Smith's seven decades of service.

Bill Smith’s career with International® spans seven decades – but his links to the brand can be traced back even further. To its very beginnings, in fact.

“Where the restaurant is in Felling, that’s where my granny’s house used to be,” Bill explains. “The founders of the firm – Max and Albert Holzapfel would visit her for a cup of tea because they didn’t have any facilities there.

Bill started at International Paint (as it was then known) in 1969, where his family name helped him get a job as a Junior Clerk.

“My dad went down to International to see if I could get a job. I was unemployed and I was going to go back to college, but my dad said he’d try and see what happens because I had family links.

“You had families who were exactly the same as me whose cause was helped because they had brothers and sisters, mums, dads and even grandparents working there. It was a home-from-home environment.

“But I always felt when I was working there I wanted to do things off my own back. I felt I was always in the shadow of the Smith clan, so that’s what kept me going. I had to prove myself.”

“It might not seem a lot to some people, but when a company puts on little things like this it makes it a bit special.” 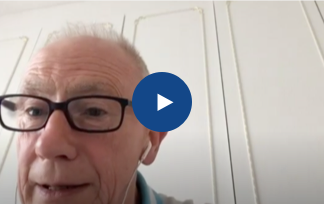 When Bill joined the company, he said the other colleagues made him feel like he was part of a family.

“I was working with some lovely women and they treated me like a son,” he says. “That’s what you never ever forget and that will remain with me forever.”

Bill worked in a variety of roles across the company, moving into stock control, and dealing with export orders, before working as a Training Officer, a role which he held for ten years, before finally retiring. He has seen the company go through huge amounts of change – with working practices in the 1960s and 70s much different from those in the present day.

“When I first started, there were about 1,000 people in the factory and a lot of women used to work in tin marking. As soon as the paint was filled up, they put the label on, they’d stencil it. Whatever the product was, they’d just go over it with the paint and that was embedded on the container.

“You also had to be 18 years old to go into the restaurant, mainly because they had a bar there which is hard to imagine these days.
“And, at the time, one of the biggest problems we had was storage facilities and because of the war they used the air raid shelters for air raids and I’m sure the Tyne was a prime target. The air raid shelters were quite deep and they soon realised the potential for storage.”

Through working with the International brand, Bill has borne witness to some incredible sights over the years.

He recalls: “We once did the Great North Run for the Queen Elizabeth hospital and for the Heart Foundation, we had Brendan Foster’s trainer at the time come in to show us the ropes a little bit.

“And In 1969, Sir Francis Chichester, who sailed around the world single-handedly, and Chay Blythe came to visit us. That was quite an amazing day. Then in 1973, Sunderland football club came on site with the FA cup in 1973 and we took them round the site.”

Bill was at International for the Queen’s Silver Jubilee in 1977, which saw the Royal Family visit the North East and the company closed for the day, hosting celebrations in a marquee instead.

He recalls: “We didn’t put paint in tins that day. Instead we used sweets and every child in Felling got a tin. The number of people who still have the tins who have now grown up and have families and they’ve got buttons or pens in them, 40-odd years later.”

He also remembers some of International’s most groundbreaking achievements, such as the introduction of a self-polishing copolymer (SPC).

“SPC revolutionised the marine industry and put the International brand on the map – nobody around the world had the formulation for it.

“It won the Queen’s Award two years running and a medal was presented to everyone on site – it didn’t matter if you were a cleaner or worked in a restaurant, or you worked in the top end or reception, everybody got a medal to recognise the achievement.”

Bill says he feels incredibly proud to have worked with International, because of its investment in the community – such as putting on family days and organising trips out for pensioners in the area, not to mention supporting local charities and good causes.

“It might not seem a lot to some people, but when a company puts on little things like this it makes it a bit special. It gives you a bit of pride, and you’re only a small person in a vast organisation, but it’s nice. That’s why I’ve always had this affinity with International.”