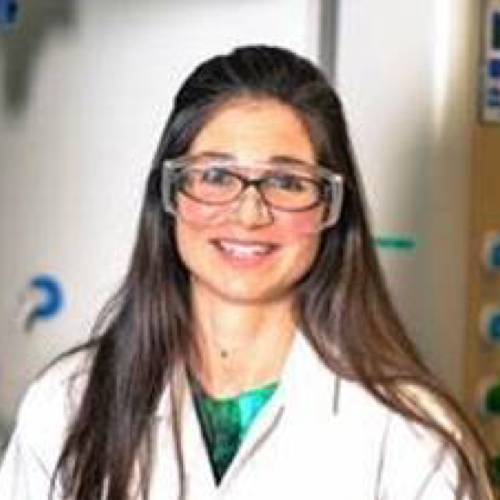 When Jennifer Longyear joined AkzoNobel’s International® brand as a Marine Biologist in 2010, it was at a “very exciting” time.

Taking over from her predecessor during the development of the next generation of Intersleek products, Jennifer played a key role in creating the breakthrough Intersleek 1100SR – the only fluoropolymer foul release coating on the market that is entirely biocide-free.

“My predecessor had another job opportunity, so I came in to support a lot of the hard work that had already been done,” she says. “I joined the company in the very exciting test run, where they had a method and they were looking to see how it went, and then it was full steam ahead. That was an exciting part.”

However, she says there was “some pressure” in taking over during the product’s development.

She says. “There’s a bit of pressure to build upon what somebody else’s very good work has been.

“But there were benefits in coming into a well-established team because they worked well together, were very welcoming and had an objective. I was very lucky, because the team had an end goal in mind and I was able to join in with that.

“And my colleagues were amazing. It was an amazing team of people technically but they were also very kind people, so it was a pleasure to work with them.”

While Jennifer played an instrumental role in the development of Intersleek 1100SR, the work she does on a daily basis isn’t always product-driven. Usually found in a lab, Jennifer is tasked with the incredibly important job of tackling the issue of slime in the marine and shipping industry.

“The experiments that I run look at biofilms, which are microbial slimes that grow on marine ships,” she explains. “We could be growing them or testing them using instruments like microscopes and imaging tools to see how they respond to flow.

“We’re looking at organisms that live around the world as the problem of biofouling is a global problem, and you have to find ways to test your products in a laboratory environment being mindful of global diversity..

“We have small-scale lab experiments that we run where we can understand the broader concepts that drive things and then we can try and extrapolate out to the big scale.”

Jennifer says lab testing and experiments are some of the most enjoyable aspects of her job.

“Doing experiments is fun because you’re generating data,” she says. “But I think the really enjoyable thing is when you analyse the data and then you find something that you didn’t know before.

“It doesn’t always happen and a lot of times it’s unclear what your result is, so when you get a clear result that’s even more exciting.”

She says some of her favourite moments have been the “small joys” that occur during external visits and field work.

“We’re lucky because we get to go to Newcastle Dove Marine Lab,” she says. “It’s lovely because you go and do your work but you’re also at the seaside and you can pop out and get an ice cream on your tea-break, which is a nice little bit of joy.

“Or you’re putting your stuff in the tank and then the lobster next door sticks his little claw up and waves hello. It’s the little things. Not everyone gets to go work by the seaside, so it’s a reminder of the privilege it is to have this job.”

Jennifer says a lot has changed since she joined AkzoNobel’s International brand more than 10 years ago, including how much the technology has progressed.

She says: “The breadth of expertise that is being incorporated into the work we do is much greater than it was 10 years ago and I think it reflects the interdisciplinary nature of the work that we’re doing.

“But it also shows a recognition within the company that in order to answer the questions that we’re faced with, you need a broad range of talent and expertise to get to it.

There are two main things that make Jennifer proud to work at AkzoNobel – its commitment to sustainability and the people that make up the company.

“People work well as a team and people are interested in each other’s successes, not just their own, and it’s a nice place to work.

“And working for a company that has sustainability at the top of its agenda is one of the great things about it because it’s not easy to meet that objective of sustainable development but it’s a worthwhile target.”