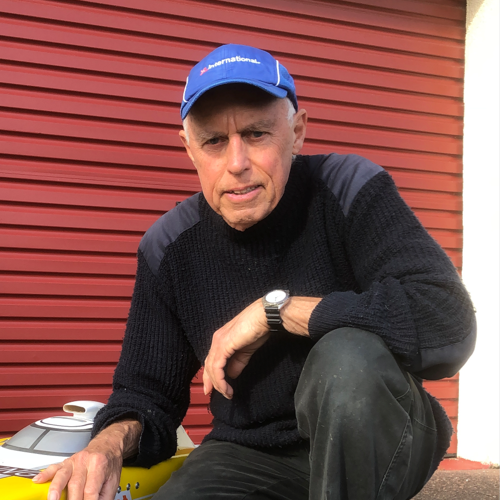 Sometimes, I don’t even know what it is that I know, until someone asks me a question,” chuckles Keith Ryman.

Over five decades, the 71-year-old has acquired an unrivalled understanding of yacht coatings – having devoted the majority of his career to leading development in laboratories in New Zealand – before more recently becoming an integral part of the International® brand’s Asia Pacific sales function.

“I’ve learned a lot over the years,” he admits.

Yet, at first all Keith had his eyes on was a stop-gap. He recalls: “When I finished university in 1972 I sailed across the Pacific and spent some time in Hawaii.

“After I got back to New Zealand I saw a job advertised in a small chemicals plant and thought if I can work there until Christmas I’ll see about getting a proper job in the New Year – and I’m still here now.”

Aged just 22, Keith had joined the renowned New Zealand brand Epiglass, which became part of the International yacht coatings in 1989.

“I came onboard as a junior chemist and was thrown into this pretty dingy lab with three or four others.

“We were pretty much left to learn everything ourselves. We were told, ‘You’re the chemists – you sort it out’.

“At that stage the products were pretty basic – there were a few epoxies and a couple of top coats.”

“It’s good to impart knowledge,” he insists. “Helping people out is the most important part of the job.” 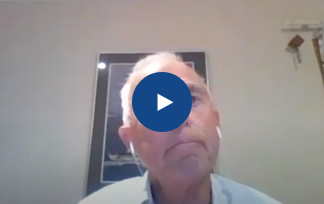 From there Keith devoted himself to product development. “Mostly it’s all been laboratory and practical work on the bench throughout my career. I’ve never been much into paperwork. I like being in the backroom formulating products.”

One of the products he is most proud of throughout his career is the HT9000 multipurpose epoxy resin system for professional and DIY use. It became an immediate hit in New Zealand before it was launched into the UK and US markets as well.

He explains: “At any one point we would have four or five chemists working on products in the lab. Over the years we had a lot of young people come through and it was always really rewarding to see them grow and move onto bigger and better things.”

Keith also credits figures like International’s former Global Technical Yach Manager Colin Anderson as having a significant impact on his own career. “There have been some great people that have been in the business over the years”, he says.

And now Keith’s unrivalled expertise is being put to great use on International yacht coating’s social media platforms. He has become the go-to guy for answering customer queries that come in via Instagram and Facebook.

“It’s good to impart knowledge,” he insists. “Helping people out is the most important part of the job.

“I actively enjoy calls from reps saying we have a problem – it requires you to think outside the box. That’s the fun part for me.”

Having been at the epicentre of the Asia Pacific yacht coatings industry for half a century, what does Keith think the future holds?

“When I started, just about every second person had a boat. But that percentage has been steadily declining for a number of years. The growth, in our region, in particular is being driven by the superyacht market.

“Today we use much of the same technology as when I started – we’ve just got better at producing it and making it of an increased quality. But ultimately, it’s about the people more than it is about the products.

“When you continue to have such passionate people in this business, like we do at International, then the future is in good hands.”

But what about Keith himself? Does he plan to notch up a sixth decade in the business? “My intention was to retire last year, but it didn’t happen, because of Covid. Then it was going to happen in 2021 – but they have asked me to stay on to the end of the year now, so we’ll see what happens.”