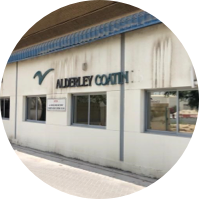 Alderley Coatings are one of the older Dubai-based application companies, and have used International products since their inception. Two of our most experienced Business Development colleagues, Andy Holt and Colin Mercer paid them a visit in the summer of 2021. This was something of a walk down memory lane for Colin as he used to work for Alderley Coatings. Colin worked for Chicago Bridge & Iron throughout 1994. At that time, Colin’s father was the head of procurement and was a well-known figure to people across International.

Colin then joined Alderley Coatings in January 1995 and remained there until May 1998. During that time Colin gained first hand experience of applying International protective coatings – especially as Alderley Coatings specialised in tank and pipeline coatings. One particular tank structure that Colin actually painted himself still remains in-situ today in Dubai and hasn’t been repainted in over 20 years, due to the superior performance of International protective coatings (and a highly skilled applicator). Colin joined International Paints (Gulf) in 1998.

At the time of Colin’s employment, Alderley Coatings were owned by a British family under the banner of the Alderley Holdings, the chairman was Tony Shepherd. Alderley Coatings was established in the UAE in 1974 when Tony joined up with Ken Willis to undertake a project on Das Island. That relationship remained until 2001 when Ken split away with the coatings division and Tony expanded into metering solutions, modular wellsite skids and onsite calibration services.

Alderley still uses International products today, making them one of our oldest Middle East based customers. Mr Kumar commented, “International have always had great products”. We look forward to continuing our partnership with Alderley Coatings. 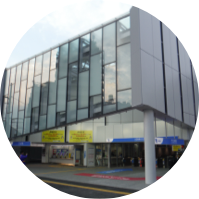 Taisei Corporation is a Japanese civil engineering and building construction company based in Tokyo with almost 150 years of history and heritage. With an extensive portfolio of projects from across the high value infrastructure industry, Taisei is at the forefront of the Japanese construction industry.

Site Manager, Norihisa Kitamura was delighted to help AkzoNobel celebrate the 140th anniversary of the International brand. “We have been working together for a number of years now, with a particular focus on the fire protection product range. Safety is of the most important feature of any project that we work on, so it is important that we use materials to ensure the structural integrity of a building in the event of a fire.”

“We are looking forward to continuing our partnership with AkzoNobel, and working together to enable us to reach our own safety and sustainability goals.”

Dr. Tomohito Okazaki, the Group Leader at Japanese architectural engineering company Takenaka Corporation has safety and sustainability at the front of his mind. “AkzoNobel’s International® fire protection coatings possess features that can solve the problems in the Japanese market.” “We believe that it may significantly change the workflow of fire proofing in the Japanese construction industry.” “We hope that your fire protection coatings will play a role in solving social issues such as work style and productivity reforms and harmony with the environment required by the Japanese construction industry.”

Dr. Okazaki visited AkzoNobel’s International production facility in the UK in 2019, where he was given a tour of the multi-million Euro fire protection laboratories. “I recall being very impressed with the facility, and with the knowledge and expertise of the scientists in the labs.” “My role is primarily based around research and development, so it was very nice to speak with like-minded individuals who understood our needs.”

Having met a number of technical specialists, Dr. Okazaki was full of praise for one member of staff in particular, “I am always grateful to Mr. Yusuke Hino, the Sales Manager for Japan, for his abundant experience and advice from a high level of skill.”